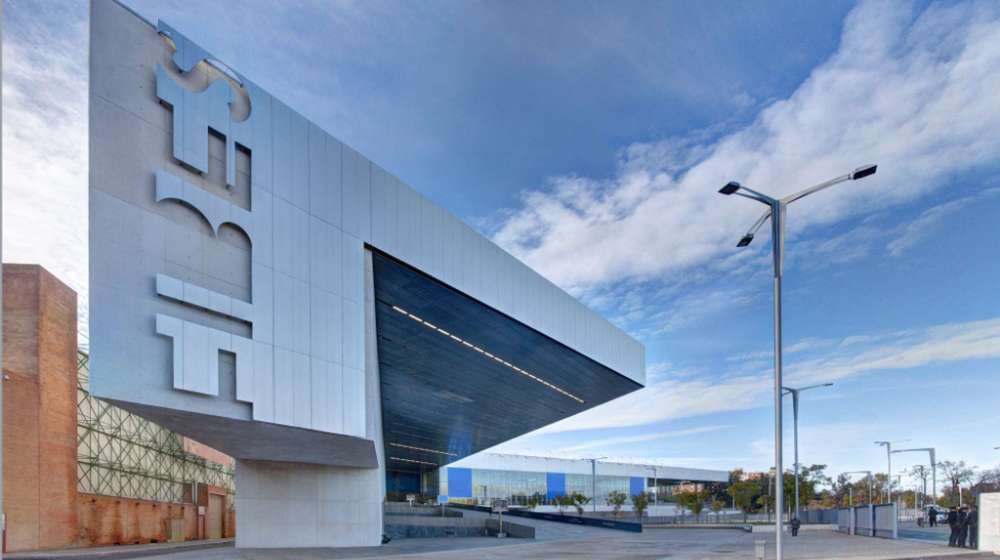 FIBES SEVILLA is a conference and exhibition centre located in the city of Sevilla. It’s split into two independent buildings FIBES I and FIBES II which are made up of state-of-the-art congress and exhibition facilities. The buildings are connected by a single footbridge. The ECSS congress will be held in FIBES II.

FIBES I
FIBES I was primarily designed to hold large exhibitions and trade fairs. It has three huge exhibition halls of 7,200 m2 each, with no pillars at all and service boxes every 8m. These three halls are linked to the new conference centre building (FIBES II), where two auditoria and breakout rooms are found via a wide and luminous corridor.

FIBES II
The ECSS congress 2020 will be held in the new conference and exhibition centre, known as FIBES II. FIBES II has become one of the most prominent and modern venues in Europe since opening in September 2012, targeting large scale events with an international scope.

This amazing centre has an auditorium for 3,200 people, divisible by three auditoria for simultaneous use, 50 breakout rooms, 2,500 m2 exhibition space, 2,000 m2 catering area plus underground parking facilities for 850 vehicles. This impressive centre is ideally designed for meetings and is adjacent to the original building. More information can be found here.

LOCATION
FIBES SEVILLA is located in the eastern part of the city between San Pablo International Airport (6km) and Santa Justa Main Train Station (3km), easily reached by car or shuttle thanks to its proximity to the ring road, and it is very well connected by the public transport network. Further information can be found here.

To register for the 25th annual congress of the ECSS, you will be asked to enter your existing or create a new ECSS account.